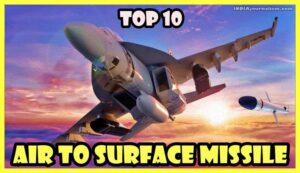 the standoff missile som family manufactured by rock zone include some a zombie one and some b2 missile variants which can be launched by f4 and f-16 fighter jets, the missile is in service with the Turkish air force and Azerbaijan air force, the soma and b1 versions deliver a 230 kilograms high explosive blast fragmentation warhead while the b2 version can carry a 230 kilograms tandem penetrator warhead each variant is guided by an image infrared seeker as well as GPS ins terrain reference and image-based navigation systems the cruise missile is propelled by a turbojet engine which ensures a high subsonic speed of Mach 0.9 it can engage heavily defended surface or mobile naval targets at a maximum range of 250 kilometers.

the storm shadow scalp is a long-range deep strike missile designed by mbda to meet the challenging needs of pre-programmed strikes against high-value fixed and mobile land-based targets the combat-proven missile is deployed from typhoon rafale mirage 2000 and tornado aircraft operated by six air forces it uses guidance from GPS ins and terrain reference navigation systems as well as an infrared ir imaging seeker and automatic target recognition to engage targets with minimal collateral damage powered by a turbojet engine the storm shadow missile can carry a blast penetrator warhead weighing up to 450 kilograms it is capable of attacking targets at a maximum distance of 250 kilometers.

The kh-35ue air-to-surface anti-ship missile is a modernized version of the kh-35v air-launched missile that is used by the Russian navy, Indian navy, and Vietnamese people’s navy. The advanced seeker also offers a 50-kilometer lock-on range compared to the 20-kilometer range of the kh-35e fitted with a 145-kilogram high explosive fragmentation penetrator warhead. It is guided by inertial and satellite navigation systems as well as an active-passive radar seeker, which ensures better accuracy and resistance to jamming. The kh-35ue missile may be launched from an aircraft or a helicopter and can strike targets up to 260 kilometers away.

the RBS 15 Gooner is a long-range air-to-surface anti-ship missile developed by Saab the latest variant of the missile rbs 15 mk4 is available in air-launched ship-launched and land-based platform launched configurations the missile measures 4.35 meters long and weighs 810 kilograms with boosters it is equipped with active radar seeker to engage maneuvering ships at sea and stationary land targets also the subsonic missile uses ins and anti-jam navigation to engage targets at a maximum range of 300 kilometers the rbs 15 missile carries a 200 kilograms high explosive blast and pre-fragmented warhead powered by a turbojet engine the missile can engage targets in adverse weather and cluttered environments.

air-launched a missile the Brahmos air-launched missile forms part of the Brahmos medium-range ramjet supersonic cruise missile family developed by Brahmos aerospace a joint venture of NPO Machinastronia of Russia and defense research and development organization DRDO of India the Indian air force test-fired the missile for the first time from a Sukhoi 30 mki fighter aircraft in November 2017. the Brahmos air-launched configuration employs an inertial navigation system active radar homing and GPS satellite guidance systems powered by a solid-fuel rocket booster and a liquid-fueled ramjet engine the supersonic missile delivers a conventional warhead weighing up to 300 kilograms for a maximum range of 300 kilometers

1. JASSM-ER ( Best air to Surface Missile in the world )

Lockheed Martin developed the joint air-to-surface standoff missile extended range (JASSM) primarily for the US defense forces. The missile is currently used by the United States Air Force. Australian Air Force (RAAF) The Polish Air Force and the Finnish Air Force In order to hit high-value well-fortified fixed and mobile targets in highly protected situations, the long-range air-to-surface missile employs an infrared seeker and digital anti-jam GPS inertial measurement unit guidance. The anti-ship missile er weighs around 1000 kilos and can carry a 450-kilogram blast fragmentation payload. It can hit targets at a range of up to 926 kilometers with pinpoint accuracy. The missile is compatible with aircraft such as the B1b, B-52, F-16, and F-15e.

Ans: India has many weapons but according to me ( best ) Brahmos is the air to surface missile of India